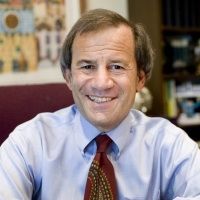 1/4/2011
In the January 2011 issue of Baltimore Magazine, Rabbi Mitchell Wohlberg was included in a list of the city's most powerful religious leaders.
The article, entitled "Power: Who has It. Who's lost it. And how to get it" was described as an "attempt to explore Baltimore power and the various ways it manifests itself in the region." The section entitled "Religion" included Frank M. Reid III, Archbishop Edwin Frederick O'Brien and Rabbi Mitchell Wohlberg.

Under Rabbi Wohlberg's entry, the article described his "power credentials" as follows:

"For 32 years, Rabbi Wohlberg has been the guiding light of 1,400-member Beth Tfiloh, the largest modern orthodox synagogue in the United States, serving both as rabbi of the congregation and as dean of Beth Tfiloh's 1,000-student, K-12 school. Dubbed "the master of the sermon" by the Baltimore Jewish Times, he is an author and regular panelist on WMAR-TV's Square Off. "